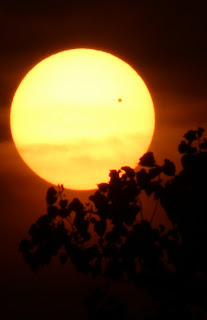 There was a little black spot on the sun today. Venus. The photos of Venus Transit were taken in Dallas, Texas in the Trinity River bottom on the evening of June 5, 2012. The Transit was visible across much of the world but Dallas had an extra celestial alignment that evening. The full moon rise aligned with the arch of the Margaret Hunt Hill Bridge. Separated by 90 minutes, the Venus Transit and full moon rise were an easy 2-for-1.

Transits of Venus are so rare because the planet’s orbit is tilted just over three degrees from the plane of the solar system. This means that most of the time Venus passes above or below the sun’s disk, as seen from Earth. On average, we see four transits of Venus within 243 years. The events happen in pairs spaced eight years apart, and they alternate whether Venus crosses the top or the bottom of the solar disk. This year, for instance, the planet will transit the top of the sun.

Astronomers first used telescopes to observe a transit of Venus in 1639. But it wasn’t until 1769 that dozens of scientists scattered across the globe to make detailed measurements of the event, including the famous voyage of British lieutenant James Cook, who had astronomers collecting transit data from the island of Tahiti during his South Pacific expedition. 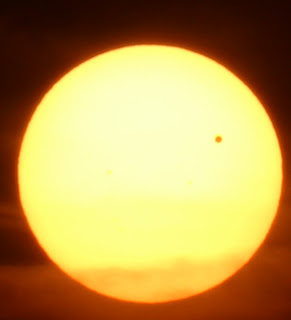 I lack the special solar filters needed for safe viewing through a camera so my only chance was to try and capture the sun as it set. For fun, I stood in roughly the same spot where I photographed the solar eclipse bracketed by some cottonwood trees.

Under The Bridge Downtown

With some extra time to kill between the Transit of Venus sunset and the moon rise I took advantage of the slow drying pools and puddles that dot the landscape between the levees. The White Ibis seen here are supposed to be a rare sight in North Texas. A coastal wading bird that spends most of the time in backwater flats and swamps the Ibis is listed as a “vagrant” or “passing migrant”. Quite a few along the Trinity this time of year moving in coordinated flocks through the water catching prey.

Showdown at the water hole

Like some PBS Nature Documentary minus the David Attenborough narrative, the scenes around these drying beds can often get dicey. Above a pack of stray dogs are stalking egrets near the Sylvan Avenue Bridge.

Only a five minute mountain bike ride from the Katy Trail but a world away. This time of year UT Southwestern hosts a large population of wading birds in a rookery located near a parking garage. The adult birds fly the half mile-mile or so from UTSW to the Trinity to feed. 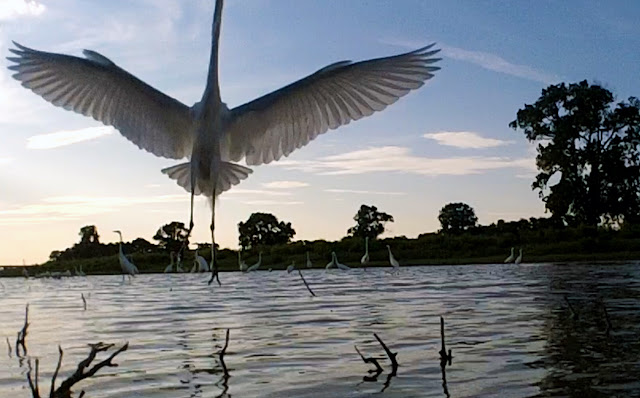 I’ll often set a waterproof video camera up in one of these ponds and let it run for an hour or two while I ride the levees. It captures some interesting scenes like the one above of a Great Egret nearly landing on top of it. I guess I should post up some video of that someday. 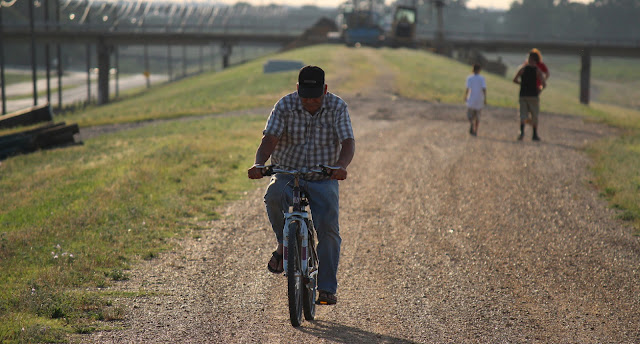 It’s a myth that people do not use the Trinity River levees. Lacking formal bike paths or nice sidewalks for exercise the citizens of West Dallas turn to the levee. In the evenings one can see dozens of people out walking, running or cycling. The guy above is named Jorge. Always decked out in the same riding clothes, he’s the un-ironic cyclist. Freightliner trucker hat, pearl snap shirt, distressed jeans and flip-flops he would be labeled a hipster cyclist if he were half his age and were riding a mile north in Uptown. Stay strong hombre! 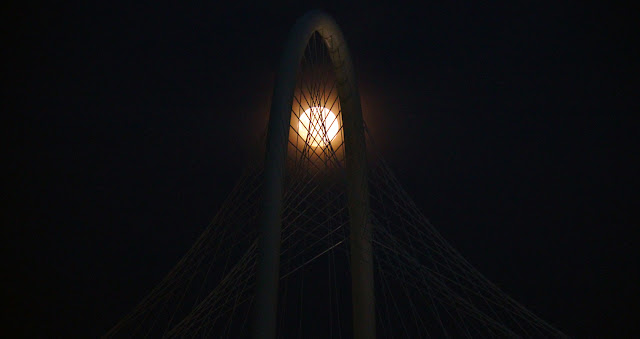 This particular alignment of the moon only happens in early-mid June and again to a lesser extent 28 days later in late June or July. 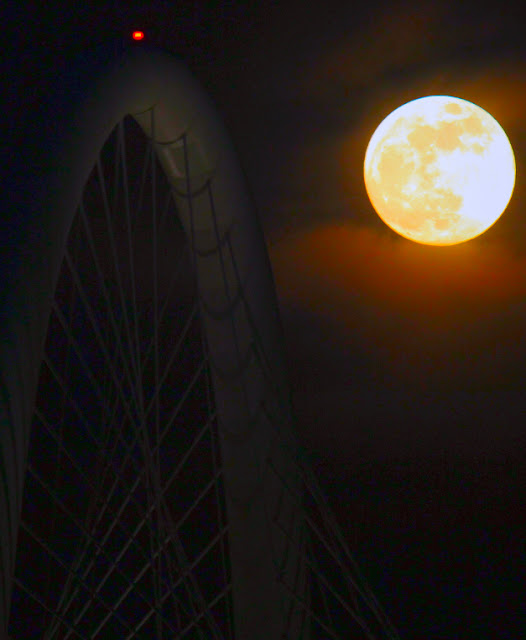