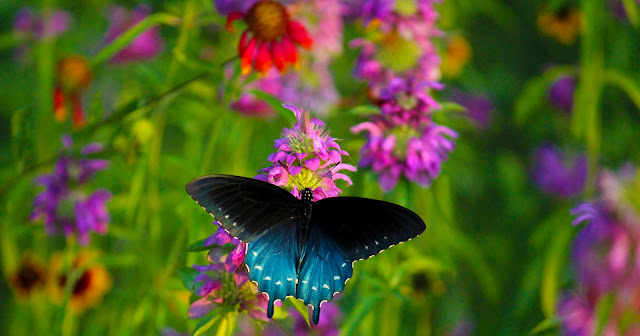 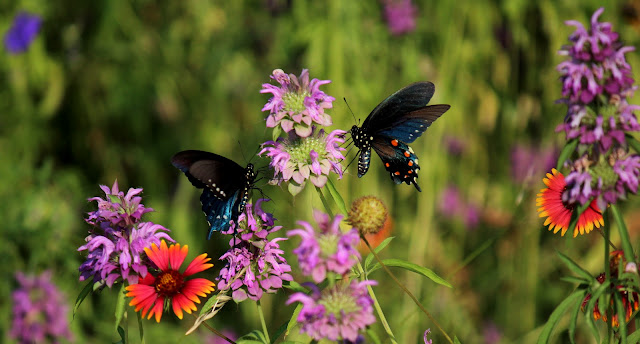 With summer at the doorstep the last crop of wildflowers at McCommas Bluff Preserve are making a final brilliant show. The Bluebonnets, Paintbrush, Foxglove and Indian Blanket have given way to Horsemint.

Horsemint goes by a number of common names including Lemon Beebalm, Purple Horsemint and Plains Horsemint. The scientific name is Monarda citriodora. The genus Monarda is named for Spanish botanist Nicolas Bautista Monardes(1493-1588) who named these New World plants that were brought to him by Spanish explorers. Horsemint attracts butterflies like crazy this time of year. On my most recent visit to McCommas Bluff the areas with Horsemint were filled with Black Swallowtail butterflies. Hundreds. Mixed in were Yellow Swallowtails, Monarchs and even a Viceroy or two. 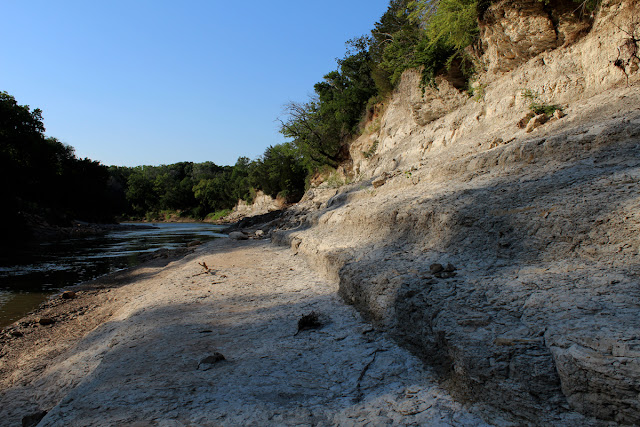 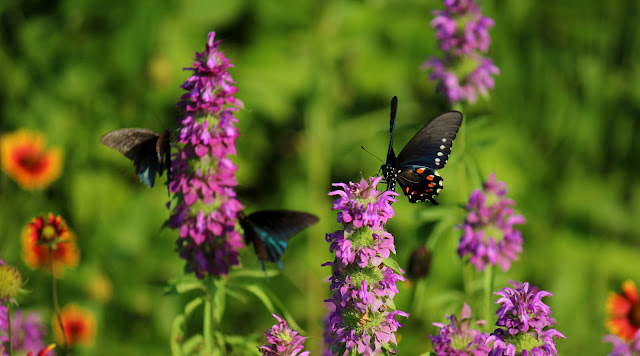 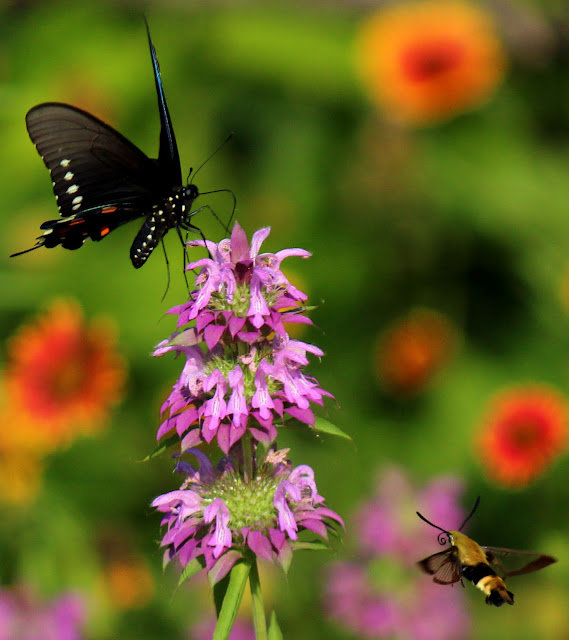 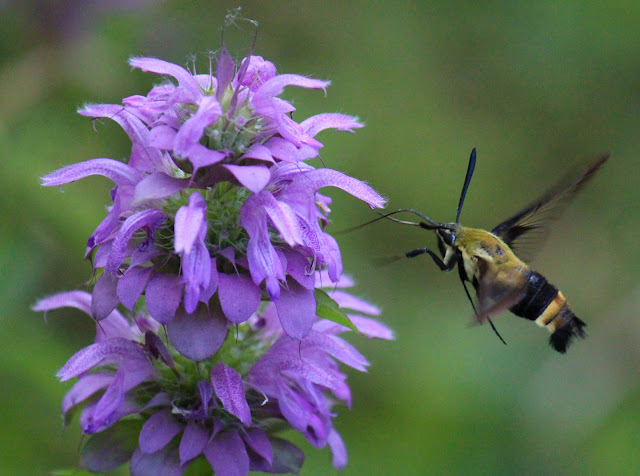 At first glance you might think this is a bumblebee or carpenter bee. Maybe even a cicada killer of some kind. Butterfly nose, bumblebee body, wings of a wasp and a crawfish tail. An odd duck whatever it is.

The butterflies were equally attracted to the seeps and mud along the base of the bluffs. Rich in minerals and salts it was easy to find butterflies among the muddy pools and seeps. Below is a video clip of a Black Swallowtail feeding on the bluffs. 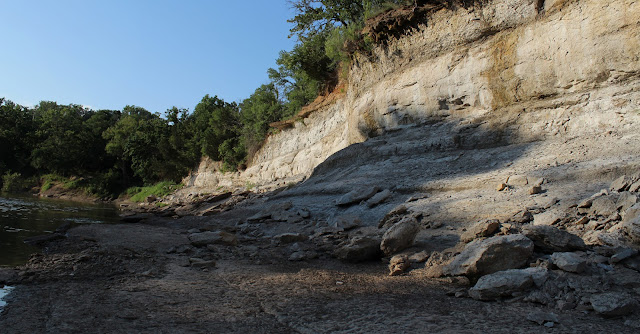 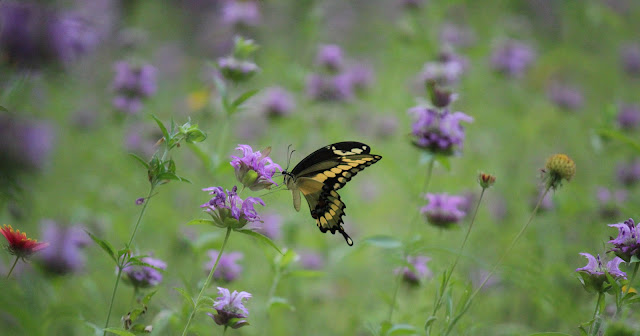 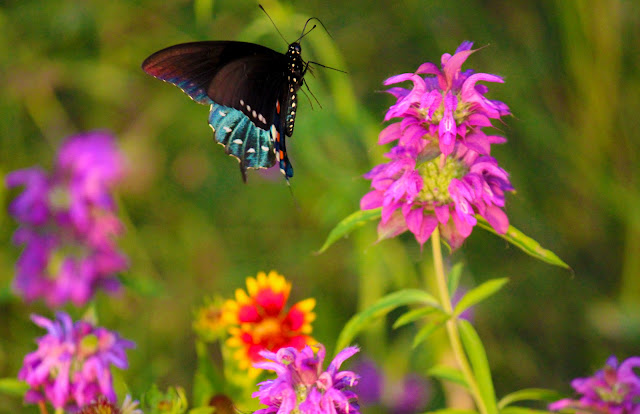 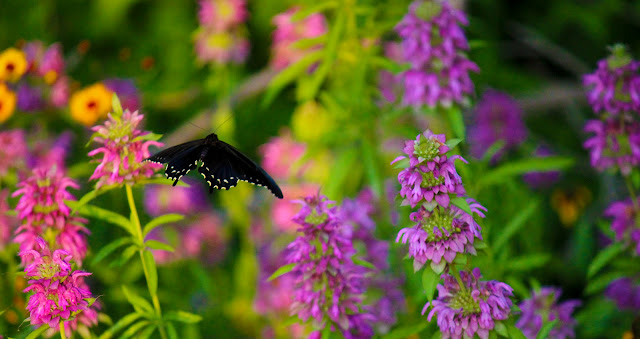 Construction on the rock armoring project at McCommas Bluff has finally begun. The first two terraces are shown in the photo above on June 3rd. While it looks like they are attempting to blend the rock in with the surrounding bluffs, the continuity of the view is forever spoiled. 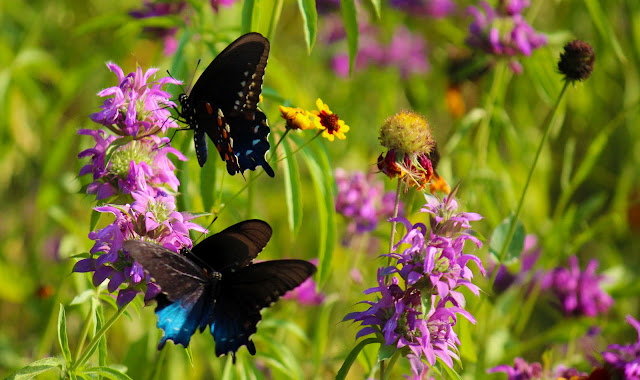 Airboating for alligator gar, a deer sighting and tropical birds at Joppa Preserve