The stunning beauty of the snow covered scene could be any mountainous terrain in North America. The near deafening silence of this place would suggest the nearest human would be far beyond the horizon. The snow covered trail we followed over the course of a couple miles only has the footprint of a lone coyote. No human has walked here for days. A place so remote in feel is in the heart of Dallas, inside Loop 12 and just minutes from Downtown.

The encroachment of development over the last half century has left much of this area encased in concrete and manicured lawn. The landscape has changed in many ways and in other places, a quickly disappearing few, have remained essentially the same. 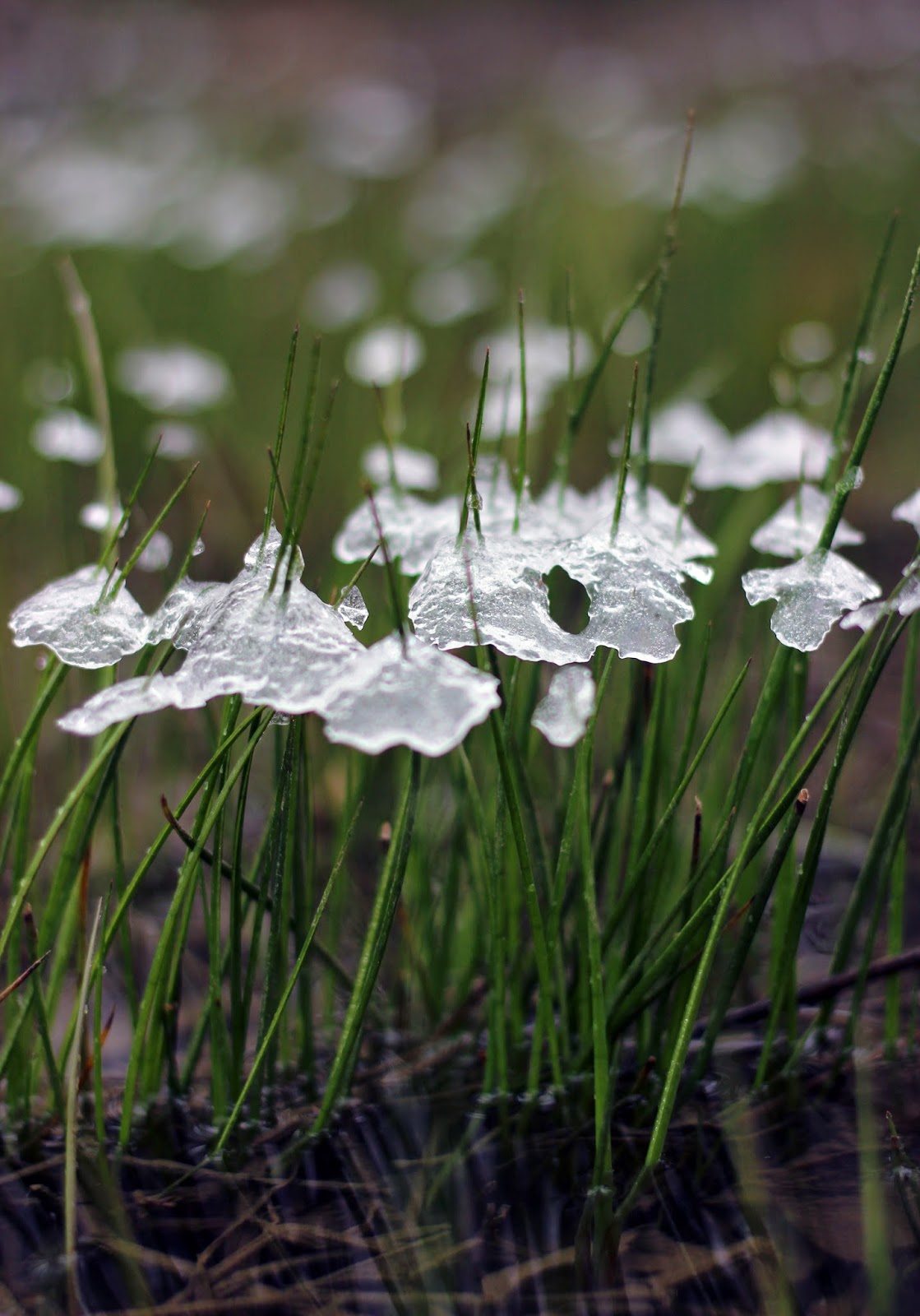 The White Rock Valley known to many from headwaters in Frisco to the mouth in the Great Trinity Forest has lost much of the natural character which drew Dallas first settlers.

The creek’s course has been confined for millennia by Austin Chalk limestone ridges that it traverses to the east.

To the west of said outcrop lies a magnificent tangle of oxbow tied meanders and sloughs replete with hawks, otters and beavers that will make even an untrained eye awe in wonder.

Here, in the Great Trinity Forest and the escarpments one can see in places what White Rock Creek and the woods it feeds might have looked like hundreds of years ago. 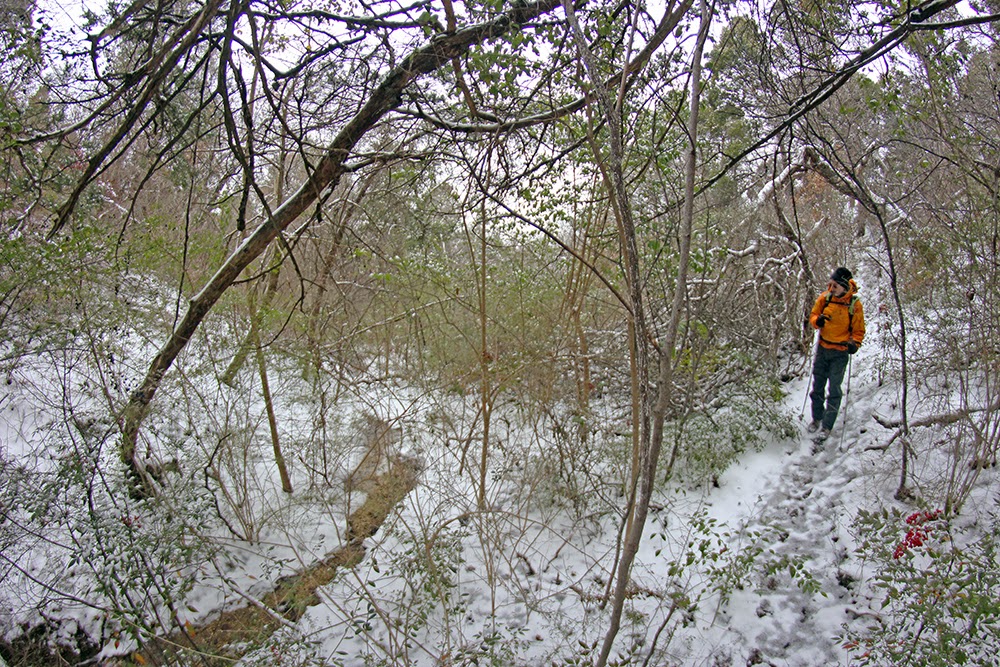 Few venture places in Dallas during winter weather events. The combined effects of warm gulf air in variegated layers often turns a beautiful snow event one day into one of treacherous freezing rain the next. Such is the case here in Dallas on this last day of February 2015.

In the simpler times and by any stretch the hardest times, this area was the domain of the Beeman family. What I would call as the real first pioneer family of Dallas, the Beemans settled this part of what is now Dallas County in the spring of 1842 on an old Indian and Buffalo trace now called Scyene Road. John Beeman (1799-1856) and his family were the first of that larger extended family to settle here. The history and legacy that those families wrote along with their neighbors are what cut what was then true wilderness into the city we see today. 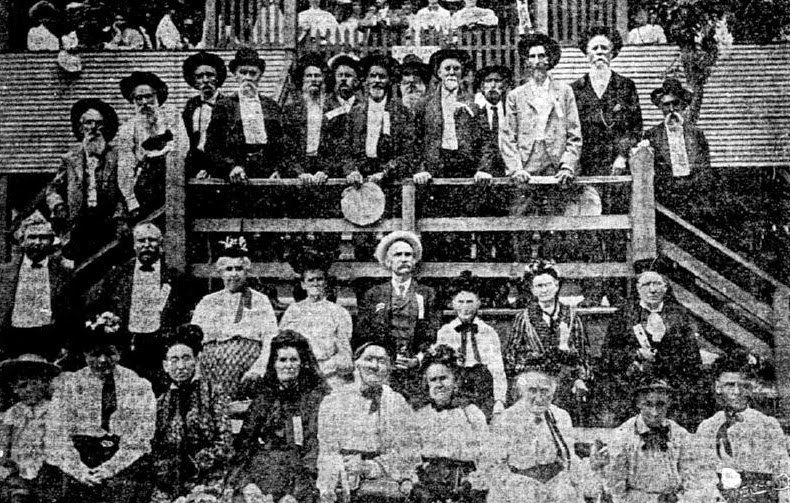 The extensive discourse one can provide on the local pioneer history would fill many a line of a blog.  The conduit between contemporary Dallasites and that of the pioneers still runs through the bloodlines of their descendants that still call North Texas home. The original settlers to Dallas County were a strong people and that is still evident today.

The two photos at the time taken, represent the matriarchs of the Beeman family, taken over one hundred twenty years apart. At upper left Margaret Beeman Bryan, wife of John Neely Bryan, founder of Dallas. At right in the 2015 photo is Lois Beeman Toyer, the oldest living member of the Beeman family.

The occasion was a rare event in 21st century Dallas, a gravemarker dedication for a War of 1812 Veteran who settled Dallas in the infancy of Texas. His name was Benjamin Dye and is buried a few short blocks from the Dallas Arboretum at White Rock Lake. Paul Ridenour wrote a terrific piece for the White Rock Weekly on the gravemarker dedication found here:
http://www.whiterocklakeweekly.com/14792/107815/a/patriotism-prevails-during-dedication-event 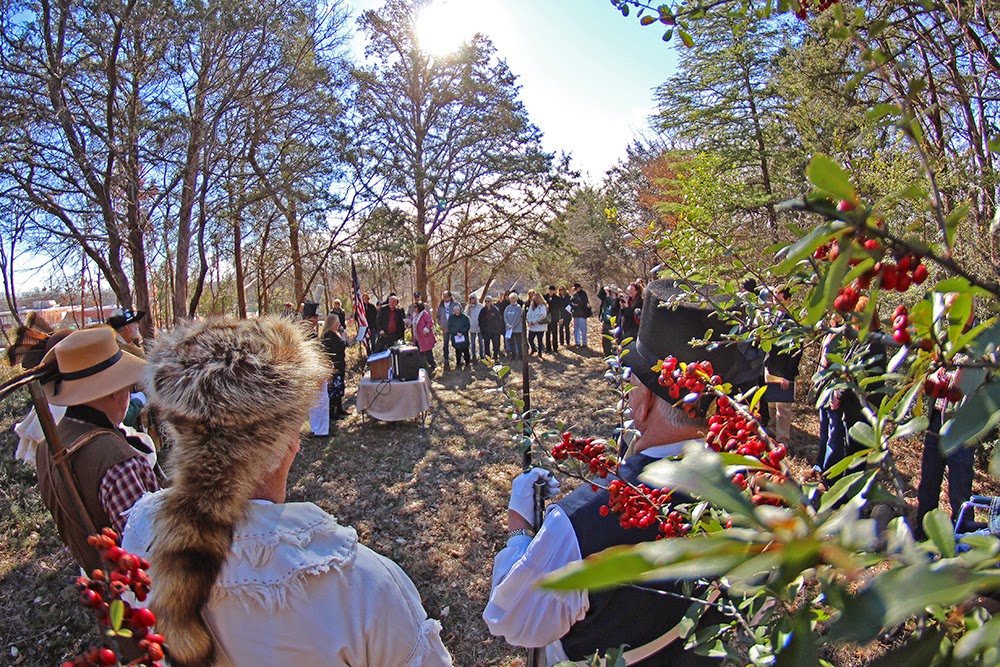 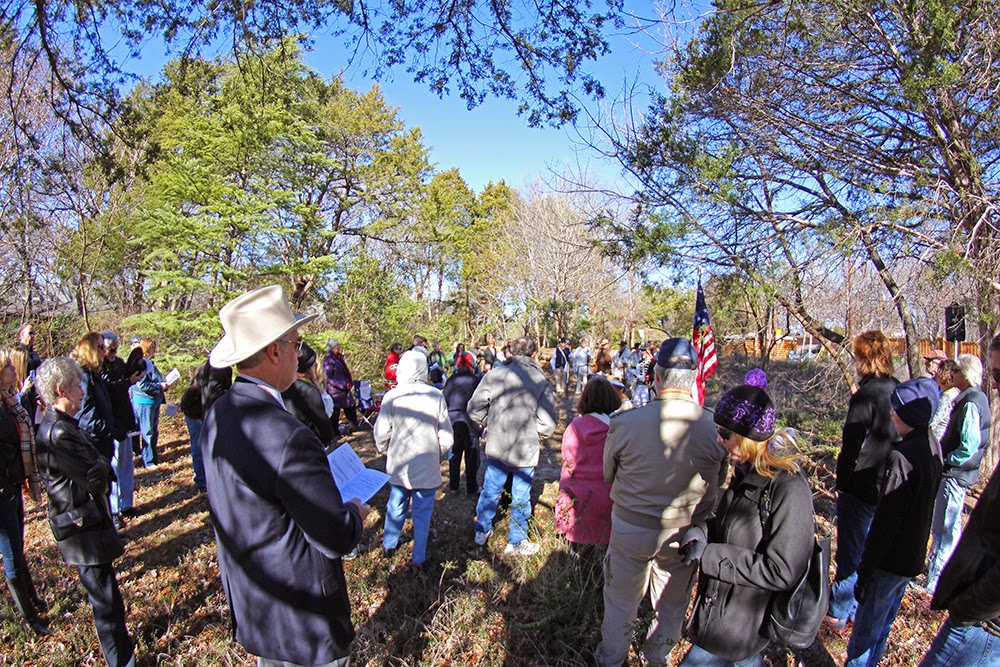 Some would like to think Dallas is a poor place for local history. That the depth of events happening on the soils of our county is thin. Simply not true. It is rich and features many of the romanticized touchstones of other Texas history events that make Dallas history a fascinating study.

What sets Dallas apart are the places of yesteryear. Where the first explorers clad in buckskin pants and coonskin caps wandered across Dallas for the first time. Many of those spots still stand intact. Places like the Beeman lands, at interesting places like Scyene Overlook.

It is from the top of Scyene Overlook that not just the Great Trinity Forest spills out beneath your feet but also a chance to see for a few miles distant, the immense land holdings once held by the Beeman family. 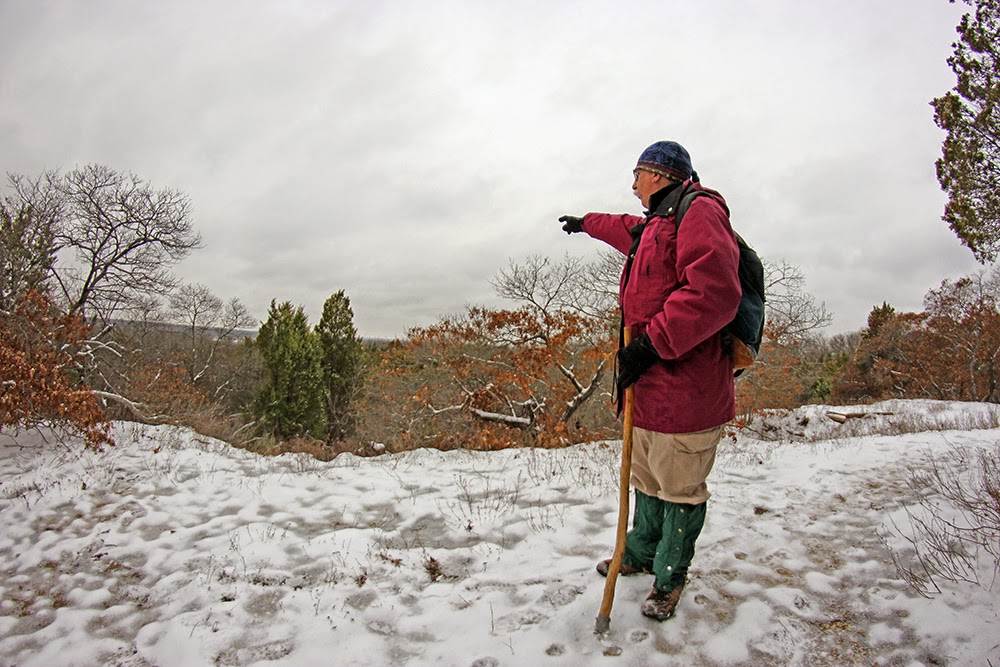 The best known overlook in this trail system is Scyene. Roughly one hundred yards south of the road bearing the same name the overlook gives one a commanding view of the Great Trinity Forest to the south.

Scyene Overlook is named for an old frontier town two miles to the east of the named Scyene. The town center was at the present day intersection of Scyene and St Augustine . The name “Scyene” is a play on the ancient Egyptian town named Syene an old frontier outpost on the east bank of the Nile.

The millennium old natural bison path and hard bottomed ford of White Rock Creek made this a preferred ox pulled wagon route into Dallas prior to the railroads. The long haul freight transporters of their time.

The JJ Beeman Trail starts near the corner of Glover Pass and Scyene and continues east to the Scyene Overlook. From there the trail roughly follows an Austin Chalk Escarpment high above the White Rock Creek Valley.  One clear days can see the VA Hospital in South Dallas, Cedar Hill, Hutchins as well as Downtown Dallas. The trail continues through Grover Keeton Park, up Piedmont Ridge, across Bruton and into Devon Anderson Park.

The trails here are comprised of a random mix of trails with no clearly defined start or finish. Over the last couple years, trail maintenance has fallen off and as a result some of the sections might become an awkward adventure to find. The trails are all still there just more faint in appearance for a first-time visitor.

Piedmont Ridge, which sits to the south and east of Scyene Overlook is slightly higher than overlooks to the north. The long ago built trail along the topographical high is reached by navigating across the Scyene Overlook escarpment and across the driveway entrance of Grover Keeton Golf Course. Heading south with Jim Miller on the left and the DART tracks to the right, one will find a trailhead kiosk and trail entrance.

Some short and steep switchbacks climb quickly onto a level topped ridge with a set of cedar hewn benches roughly 2/3’rds of the way towards Bruton Road. 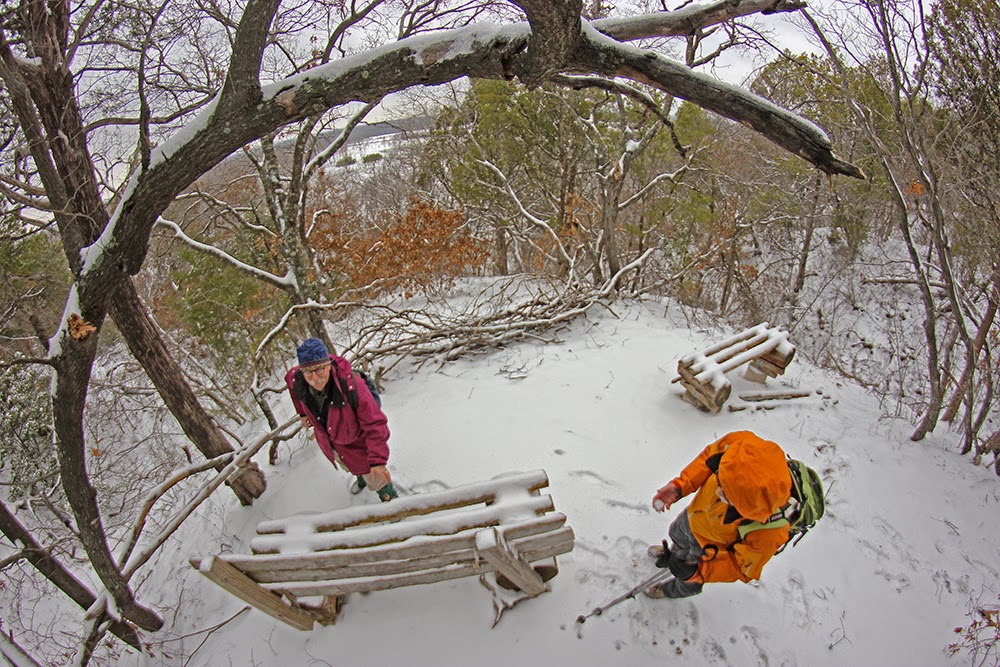 The cedar benches here have some of the most photogenic views of Dallas and Oak Cliff to the west. A real showstopper of a place to take in a sunset and only a ten minute walk from where one can park a car. The smell of this spot is that of the Texas Hill Country and even during below freezing conditions, the cedar pollen of this spot is thick. 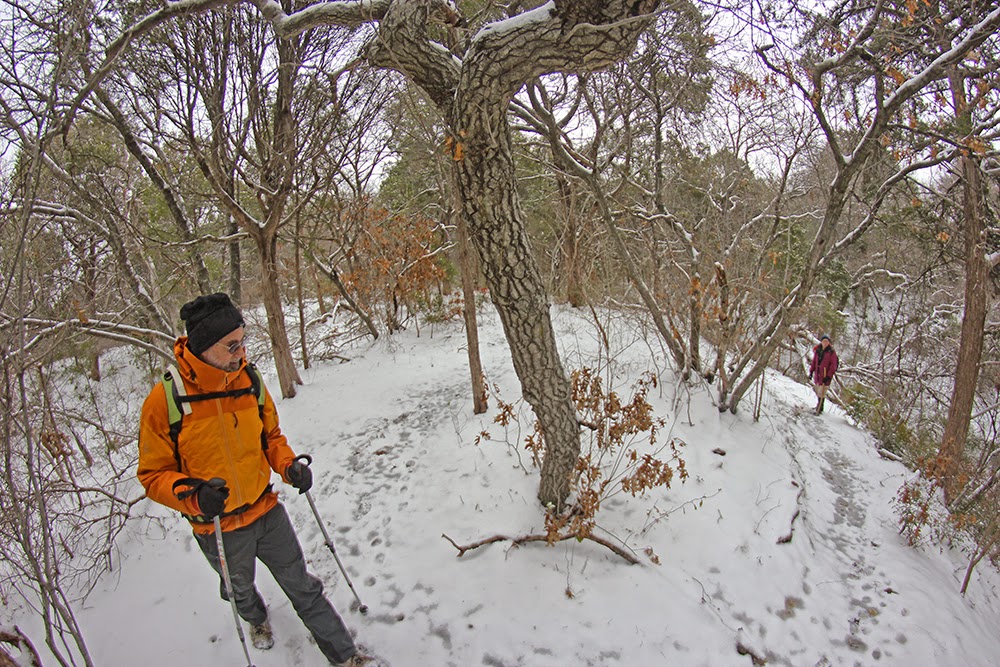 South of Bruton Road, the becomes nearly non-existent in many spots. Even in dry weather the trail is not much more than a faint trace of a path frequented more by that of a coyote, a couple rabbits and bounding squirrels. No human traffic as evidenced by the clean snow. 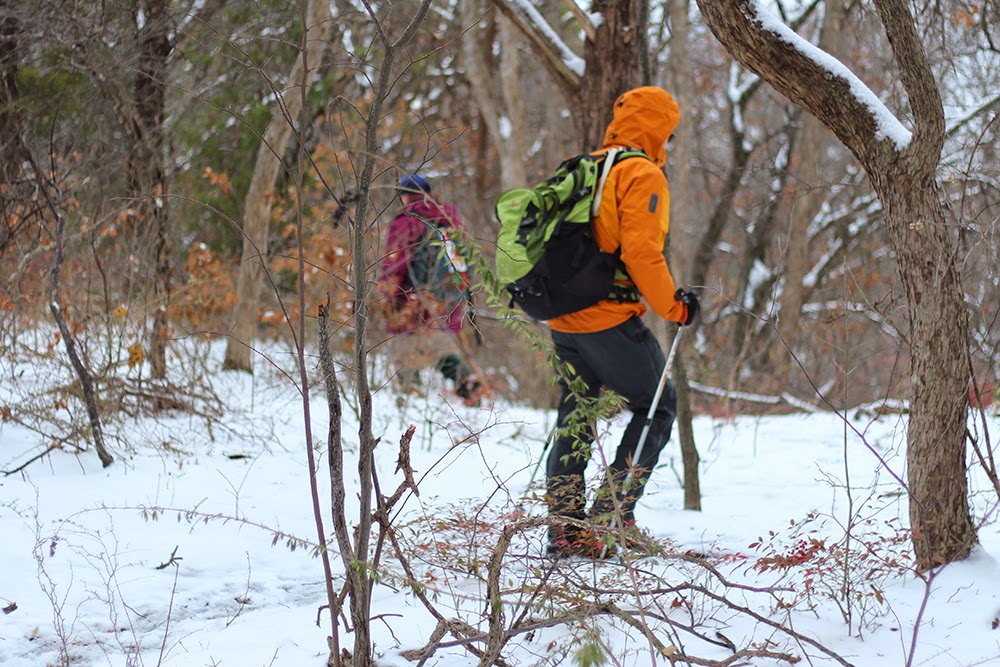 The trail follows ridge lines and then switchbacks down into a series of gullies. The rewarding views of each new ridge afford different views of the forest and city skyline in the far distance. The gullies offer something much different this time of year, the first signs of spring.

Residing in the organically rich leaf strewn soils just inside the sun dappled treelines for a short few days become home to one of Texas most unique natural blooms. The Trout Lily, Erythronium albidum. Along this trail system, particularly south of Bruton Road one sees vast numbers of these early bloomers, many of the plants grow next to and even up through the trail here.

Above is a video clip of trout lilies growing on the banks of a small arroyo stream in Devon Anderson that is swollen with ice melt from a recent winter storm to hit Dallas.

White Trout Lilies are known to exist in the State of Texas in 15 counties. Trout Lilies, also called Dog-Tooth Violets or Adder’s Tongues are a spring flowering woodland native to Texas. The flowers have 6 white tepals (inverted petals), 6 stamens and bright yellow anthers that hang downwards forming an inverted shape. Each plant is about 6 inches tall and roughly the diameter of a dinner plate. It takes 6 long growing seasons before a Trout Lily will produce a flower in year 7. 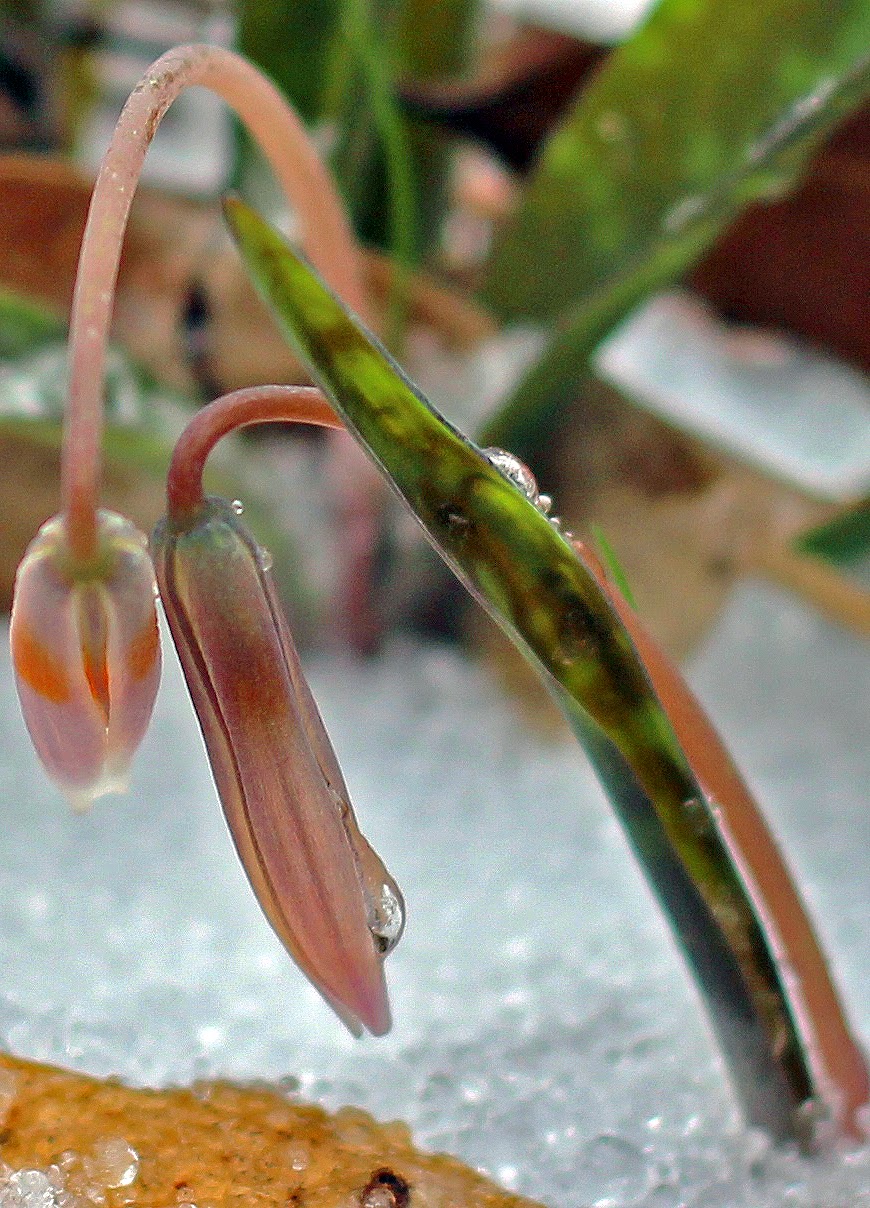 Trout lilies take so many years to mature, so difficult for their seed to spread, so hard to see in other times of the year that they have become a splintered subset of colonies here in the Dallas area. Separated by great distances in geography and existing in ecological isolation they are a unique plant worthy of distinction.