For almost fifty years the one million pound plus Big Boy 4018 locomotive stood as a silent and immovable monument in Fair Park. Fifty years of Texas-OU Weekends, Cotton Bowls and concerts it stood in stoic silence. That changed August 18, 2013 as it began a 50+ mile journey from Fair Park in Dallas, Texas to a new home in Frisco, Texas.

The first five miles of the journey took it down the western edge of the Great Trinity Forest through Dixon Circle Park, Rochester Park and within view of the Buckeye Trail. For a few hours on a bright Sunday afternoon, Big Boy sat among the trees, a view not seen for decades.

As a non-revenue producing trip for the railroads, the revenue producing freight trains and even Amtrak passenger trains were given priority over the 4018 move. That caused a series of delays in what turned out to be a rather photogenic if hidden spot among the trees and White Rock Creek. Thousands of people lined the route from Scyene through Rochester Park, BonTon, Lamar and Corinth crossings.

With such a large and heavy locomotive, turns and Y junctions are nearly impossible. The only way to accomplish the trip was to raise the rear axle of 4018 until it had passed some distance towards Downtown Dallas where the rails did not have abrupt turns and Y junctions. 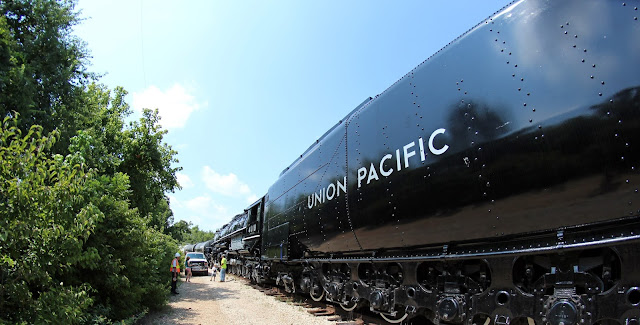 The Big Boy locomotives are some of the largest locomotives ever built. Often called the last of the big freight locomotives, Union Pacific built 25 of the Big Boys in the early 1940s. Alco, the American Locomotive Company developed the colossus with a 4-8-8-4 wheel arrangement, a service weight over 500 tons and a length of almost 132 feet . This giant was known respectfully as “Big Boy” and the name stuck, becoming the symbol of the world’s largest steam locomotive. Without the tender, the Big Boy had the longest engine body of any reciprocating steam powered locomotive.

The locomotives were designed to haul coal mostly over the mountains in Wyoming and Utah. They remained in service in Utah and Wyoming for two decades and each one nearly racked up over one million miles in their lifetime.

Only 8 of the 25 Big Boy locomotives remain. 4018, the locomotive seen here was built in December 1941 and saw service for decades in Wyoming and the Green River Valley. It burned the same low grade coal it hauled making fueling the massive locomotive an easy task.

4018 was decommissioned in 1962 and donated to Fair Park in 1964. The route it took to Dallas was through Wyoming, Missouri and then into Dallas via the Santa Fe Railroad. That final section is now the Santa Fe Trail in East Dallas between White Rock Lake and Fair Park. 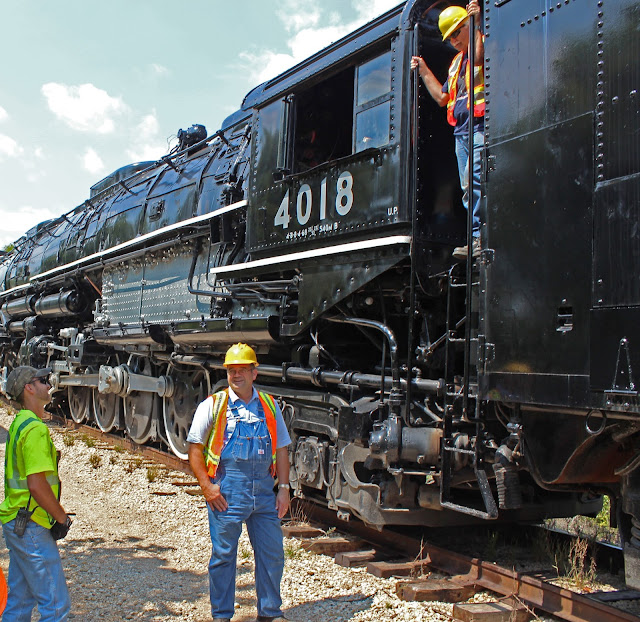 Night Herons On The Trinity River