As details of the Trinity Forest Golf course slowly take shape, so does the physical golf course layout. The Greek sigma shaped section on the left(west) with the course bisected by a trenched creek running north to south with more holes to the right(east). It appears as though the footprint was mowed with tractor(s) to maybe give course designers and well heeled membership prospects a chance to view the course fleshed out.

The planned links style course by designers Coore and Crenshaw will command acreage upon which an old landfill currently stands. Fire up the stand alone Google Earth program updated to October 2013 data and the golf course can be flown down and around hole by hole.

The future home of the Byron Nelson it has been called. A game changer and world class facility in the making.

Dallas city officials in November 2012 announced a partnership with AT&T and Southern Methodist University to build a semi-private golf complex in the Trinity River Forest south of Downtown Dallas near the intersection of Loop 12 and Pemberton Hill Road. That facility is said to become the home of the SMU golf program and the First Tee of Greater Dallas, and will be designed to host PGA Tour events as well.

In 1975, the City of Dallas under permit began a large landfill operation south of Elam Road and northwest of the present day Trinity River Audubon Center. They became known as the Elam and South Loop Landfills.The landfills ran for many years until they shuttered in the early 1980s.

With the landfill closures in 1983, the capping and monitoring of the landfills began. A layer of dirt and limestone based crushed rock was placed over the top providing a thin veneer “cap” of the landfill. Over the next two decades periodic testing was completed on the landfill with installation of further monitoring wells, investigations into toxic materials dumped inside the landfills, methane etc.

In 2008 the City of Dallas acquired the land in an unorthodox method. Hard to explain but it involved a complex set of lawsuits and land unrelated to the Great Trinity Forest. The Dallas Business Journal has a great article about it from 2008 and can be found on their website Dallas Makes Trinity Forest Grab by Bill Hethcock.

The city will spend $12 million to clean up a 400-acre landfill site next to the Great Trinity Forest, which is said to be the largest urban forest in the United States. Construction of the facilities ”will not touch one of the trees,” said Mayor Mike Rawlings.

The Trinity Forest Golf Complex, as it will be known, will contain a regulation 18-hole course; a nine-hole short course; a facility for the SMU men’s and women’s golf teams; an administrative structure for the First Tee, and recreational concrete paths currently under construction. 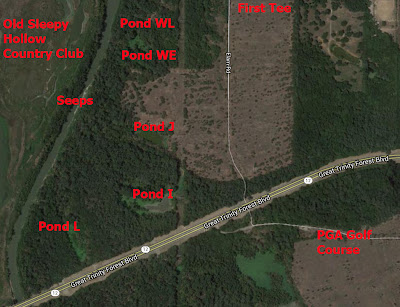 Above and left are ponds and areas of note in the Terracon reports, summaries and maps. Heavy reading and more information than one can handle in one sitting.

As time moves forward and construction begins with earthmoving equipment it will be interesting to see how this all plays out.

Speaking of construction, the Texas Horse Park quietly broke ground last summer without hardly a whisper and they are moving forward with their construction and remediation efforts too. Visible in Google Earth one can see the general view from above…. 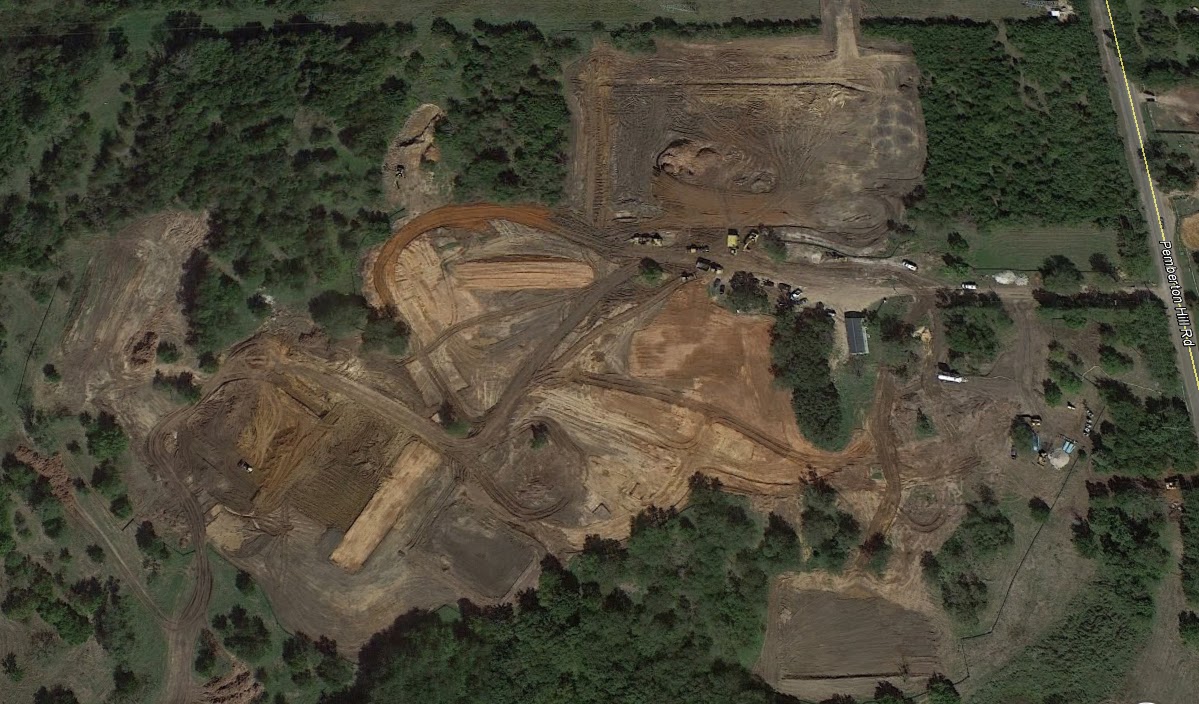 …and with a KMZ file overlay of the Horse Park plans semi-transparent over it. The current footprint includes space for River Ranch Charities and Equest a therapeutic horse based program. 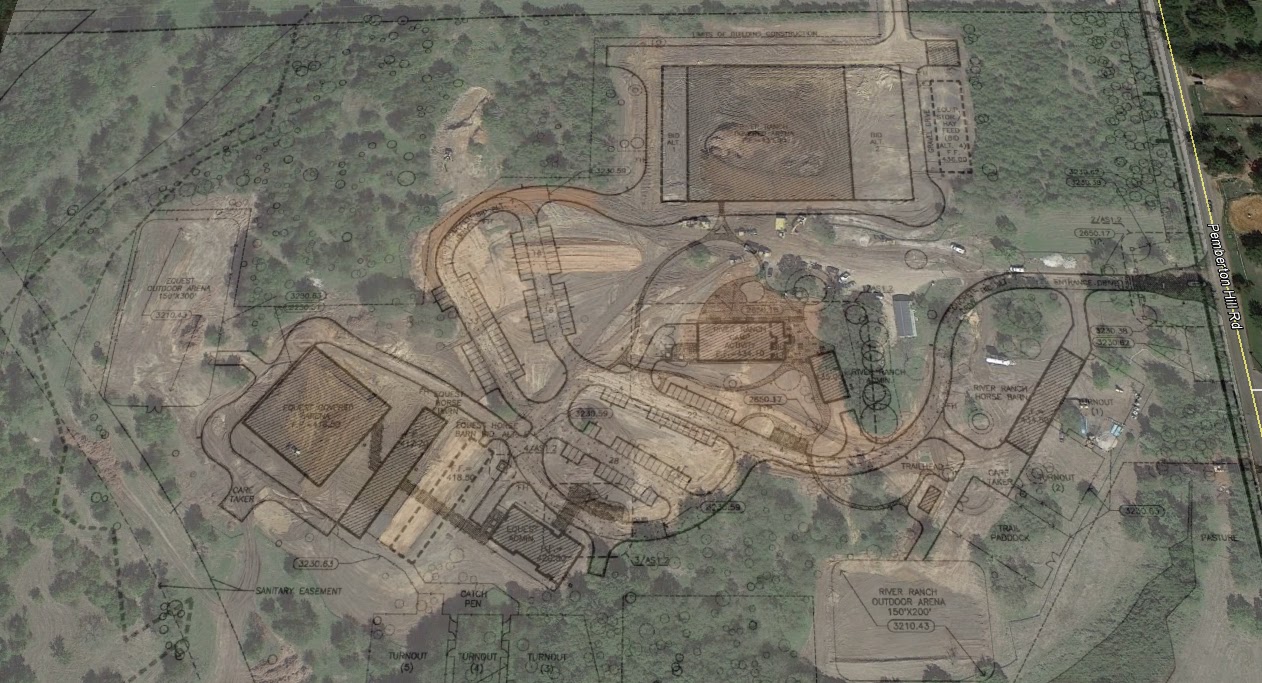 The Horse Park facilities are scheduled for completion in October 2014.

Diving Ducks In the Great Trinity Forest and Trinity River