The Rare Hexalectris Orchids of the Great Trinity Forest

The needles in the haystack. The drinking straw sized plants so obscure that many would walk right past them without notice. They are the native Hexalectris spicata, the Coralroot Orchid. The rarity of these orchids make for a difficult search in the Great Trinity Forest of Dallas, Texas. They exist only in the most untouched of places down there where the soil conditions and tree canopy must be just right.

The home range of Hexalectris covers some of the most inhospitable terrain in the Southwest. These orchids represent a genus of eight fully myco-heterotrophic species, which persist largely undetected due to their rarity, inconspicuous and unpredictable flowering patterns, and because they occur in harshest of habitats to man.The remote desert canyons of West Texas and Mexico, the dry tropical forests further south and in the case of the Great Trinity Forest, the dense cedar thickets of Oak Creek and lower White Rock Creek. It’s tough to find these things.

A plant so specialized that it cannot be transplanted or curated in another environment. Attempts in the past to move these plants, transplant or take one for study have all failed.

Below is the Hexalectris nitida (Glass Mountain crested coralroot). So rare that it is listed as an Endangered Species in the State of New Mexico. In Texas they are a little more common but up until the 1980s they were thought only to exist much further to the south and west than Dallas. It rarely has open blooms in the Dallas population, it self pollinates according to those who have studied them.  The State of Texas doesn’t formally recognize any plant species as Endangered or Threatened unless the US Fish & Wildlife Service has already done so, therefore, in Texas the federal and state lists are the same. 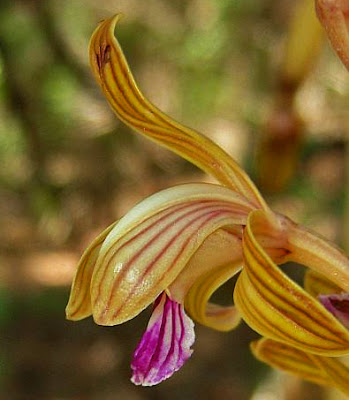 The orchids here are not run of the mill wildflowers. They do not even require sunlight to grow. The fancy term is nonphotosynthetic orchid from a mycorrhizal fungi. Their evolutionary story centers around the very unique soils that lie in a paper thin layer covering the Austin Chalk uplands in this part of Dallas.

A thin veneer of soil noted as the Eddy Brackett sits atop the uplands here. This soil was once common in a belt that stretched through Pleasant Grove, East Dallas and Lake Highlands. Paved and developed long ago very few places still exist to find these plants. 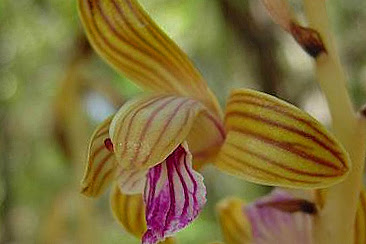 The orchid extracts food and nutrients from the mycorrhizal fungus without providing any apparent benefits to the fungi. Thus, the orchid is parasitic on the fungus and because the fungus obtains its food from its host(oak trees), the orchid is an indirect parasite of the oak. 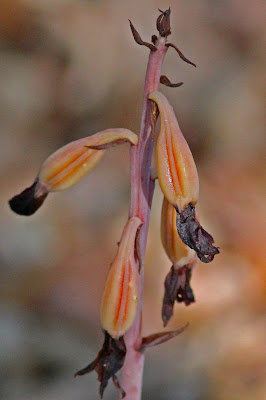 All species of orchids require fungi for seed germination and early development, but species vary widely in their dependence on fungi as they mature. The Coralroot needs the underlying fungi for carbs and nutrients for it to survive.

Hopefully the orchid pictured at left had a successful flowering and will seed offspring. Look for them in the year 2033. 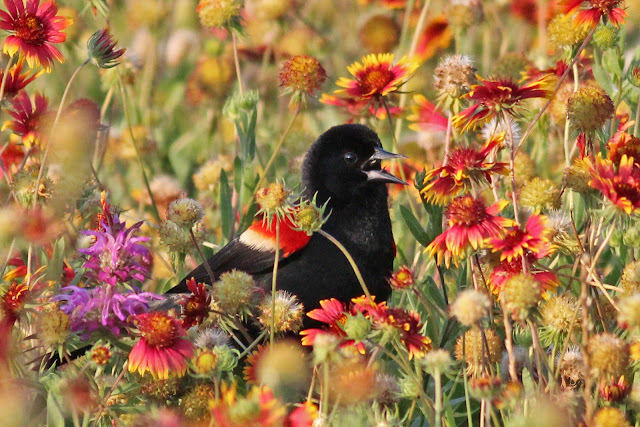 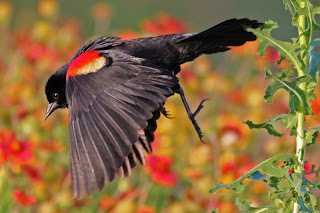 The overlooks, canyons and diverse terrain in this part of Dallas are only a fifteen minutes by mountain bike from the Spillway at White Rock Lake. A short hop, skip and jump away from the Lake lands you in what looks smells and tastes like the Texas Hill Country. The blazing heat of an early summer night smells of hot cedar down here. The radiant warmth of sun baked limestone comes up through your shoes into your feet. 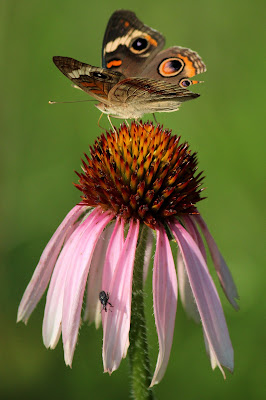 The waning days of the wildflower season here are drawing to a close. Most of the flowers are starting to go to seed save for the late blooming Horsemint and the ever random late yellow flowers whose names escape me.