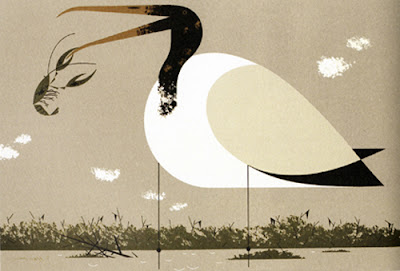 “Our city life would stagnate if it were not for the unexplored forests and meadows which surround it. We need the tonic of wildness, to wade sometimes in marshes where the bittern and the meadow-hen lurk, and hear the booming of the snipe; to smell the whispering sedge where only some wilder and more solitary fowl builds her nest, and the mink crawls with its belly close to the ground”–Walden by Henry David Thoreau
The trees that ring Lemmon Lake serve as a backdrop to one of Texas liveliest wildlife theatres. You can hear the nervous laugh of the wading birds, the howls of coyotes, bark of the tree frogs and the deep hoots of owls as the sun sets. The towering cottonwoods ring the lake at a distance not just as silent sentinels but also a place for the Wood Storks to observe the show from the cheap seats.

Separated from the Trinity River only by a gradual sandy beach and a 100 year old levee, Lemmon Lake supports a wide variety of wildlife giving it top billing to unique species and a watery wild kingdom.

Originally built as a private fishing lake in the late 1800s, it was purchased in the 1980s by Dallas County and then leased to the City of Dallas under a 99 year agreement. The purchase price was $500,000. $400,000 came from the county and $100,000 came as a private donation from the late Bill Barrett a well known Dallas businessman and philanthropist.

Since the 1980s, the lake has sat idle, partially silted in and has now become more of a marsh estuary than a lake. Plans as recently as 2001 have called for a dredging and reworking of Lemmon Lake including a division of the lake into two cells for better water management. The neglect and lack of any access to the lake has actually benefited some of the rarest and most endangered birds in the United States.

A rare sight in North Texas, Roseate Spoonbills can be seen infrequently in the shallow drying ponds and swamps in the Great Trinity Forest. Spoonbills are traditionally coastal birds and are a regular site along the Texas Gulf Coast. Rare to see them hundreds of miles inland in not only a prairie but also a densely populated urban environment.

This species feeds in shallow fresh or coastal waters by swinging its bill from side to side as it steadily walks through the water, often in groups. It feeds on crawfish, water beetles, tadpoles, insect larvae and very small fish other wading birds ignore.

Texas Parks and Wildlife has listed the White-Faced Ibis as a Threatened Species due to loss of habitat in their range. The White-Faced Ibis population is in slow decline as a result. The federal government is awaiting additional information on them before deciding if they should be given federal status as an endangered or threatened species.

Similar in appearance to the Glossy Ibis, the White-Faced Ibis can be identified by their red eyes, reddish legs and reddish feathers. In mating season, the White-Faced Ibis will develop a white ring around their face. The White-faced Ibis frequents marshes, swamps, ponds and rivers. Like the spoonbill, they prefer small aquatic insects, fish, worms and frogs.

In the Dallas area it can best be described as a casual species, just flying through to points elsewhere. I believe the dry Texas weather in 2011 has concentrated many of these coastal birds into the North Texas since the area has seen more rainfall than other parts of the state.

White-Faced Ibis and White Ibis will often fly in flocks together as seen in the photo below.

Although they are listed as an Endangered Species in the United States, the birds are given threatened status in Texas. The Endangered listing applies to Wood Storks who live and breed east of the Mississippi in the Deep South and Florida. Wood Storks are still afforded the protections of Endangered Status here in Texas but since they do not breed here they are given a threatened designation. Wood Storks were once hunted for their feathers and have also lost much of their habitat to swamp draining in Florida. In Texas, the Wood Storks migrate north in the early summer from Mexico to take advantage of drying lake beds and the abundance of fish found in them. There have been only a handful of sightings in the DFW area of Wood Storks. Lemmon Lake is special in that so many can be seen at one time. Wood Stork sightings are more numerous further to the south in the Houston and Corpus Christi areas where the habitat lends itself to Wood Stork feeding tactics.

Wood storks are large water birds that stand 2-4 feet tall and are the only stork in North America. They have wingspans as wide as 5 1/2 feet. They are mostly white, but have a black tail and many black feathers under their wings. Storks are related to ibises, herons and flamingos. They have no feathers on their head and neck, so the black skin underneath shows. This makes wood storks the only tall water birds with black, bald heads. Since they have no muscles attached to their voice box, they are very quiet birds.

These waders feed on minnows in shallow water by using their bills to perform a rare and effective fishing technique. The stork opens its bill and sticks it into the water, then waits for the touch of an unfortunate fish that wanders too close. When it feels a fish, the stork can snap its bill shut in as little as 20 milliseconds an incredibly quick reaction time unmatched by it’s prey.

The storks prefer to employ this technique in isolated pools created by tides or falling freshwater levels, where fish congregate en masse. In some areas, such as Florida, breeding begins with the dry season that produces these optimal fishing conditions. Watch the video below, filmed at Lemmon Lake in July 2011 to see how they feed.

Video below of coyotes yipping in the reeds on the far side of the lake. Within 2-3 minutes the coyotes approached the birds on the shore and the water creating a brief exodus to the air

Notes and location on Joppa Preserve:

American alligators normally avoid humans, but they can become perceived as a nuisance when they establish territories around people. As human populations in Texas continue to expand, there have been an increased number of encounters between people and alligators. Alligators have been known to prey on pets and must be treated with caution. Alligators can be surprisingly quick on land and are capable of running quickly over short distances. I have not seen alligators in Lemmon Lake but have seen one in Little Lemmon Lake, a smaller body of water directly to the north. There is also an active population of coyotes that hunt during the day and a population of Feral Pigs. Please exercise caution if you plan a visit.

Access does not come easy to Lemmon Lake. Ringed by triple canopy trees, some wetlands and a belt of sawgrass 50 yards thick it can be hard to find a way in. I would suggest parking at River Oaks Park or Simpson Stuart Road. From there walk down the paved Trinity River Trail till you find a place for entering the woods. Glimpses of the lake can be seen from the trail. Another more adventurous idea would be to launch a canoe from the Loop 12 Boat Ramp and take the river down to the Wood Stork roosting area, then take-out near Simpson Stuart Road.

Portaging the Dallas Standing Wave on the Trinity River