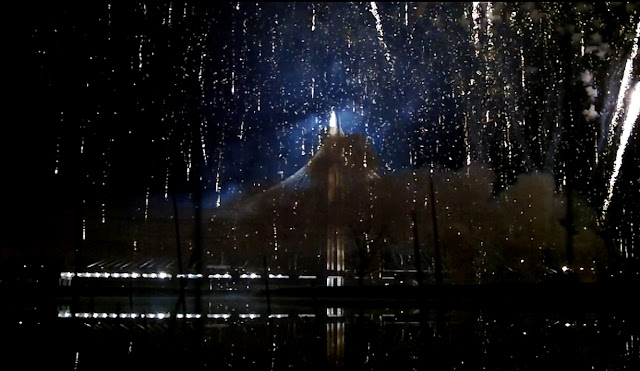 Below is a video clip I shot on the evening of March 3, 2012 featuring the complete grand opening fireworks show for the Santiago Calatrava designed Margaret Hunt Hill Bridge

It’s shot in 720p at 60 frames per second. I could have shot it in 1080 at 30 frames but wanted a higher framerate to catch the fireworks as best as possible. This was shot using a waterproof camera often used in shallow water coral reef scuba diving. I wanted to use something that lacked a mechanical auto focus so that everything stayed crystal clear. I waded out into a pond and stuck the camera on a tripod about 2 inches above the surface, hoping for a nice reflection. I was a little worried as the kick off approached because a low level ground fog was forming across the surface of the pond. You can see it in the distance during some of the larger explosions.

The video really only captures the bottom 1/4 or 1/3 of the fireworks. The camera was so close that it did not capture the highest aerial fireworks. You can hear them, you just cannot see them. The explosions were so large that if watch the video carefully, you can see the concussions causing ripples on the surface of the pond. 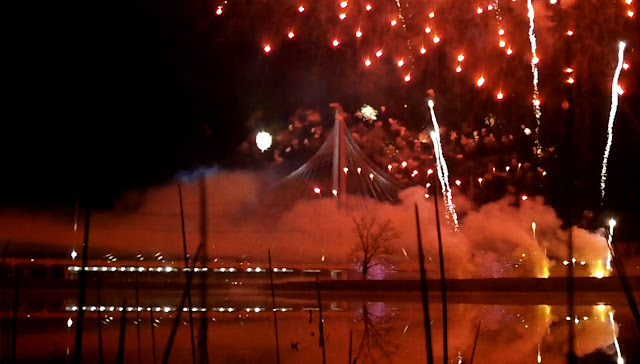