The photo above represents what proper land stewardship and proper conservation gives you as a reward. That’s close to half a mile of wildflower covered meadow along lowest White Rock Creek in the Great Trinity Forest. It’s no accident it looks this way. The Pemberton family and pioneer settlers before them treat the land as a gift, the reward is something that is priceless. Can you believe this is in Dallas?

The Pembertons using good solid conservation practices have kept this in pristine shape. It’s tractor mowed every so often to keep the weeds down. Otherwise it would revert into an unmanageable mess. In a time when the city wants to spend many millions of dollars to develop signature destinations for the Great Trinity Forest, I wonder how many people would much rather watch the sunset in a dead silent meadow like this?

It was just random luck that I passed by the Pemberton farm that late Sunday afternoon. They were outside greeting some company and they invited me in. Fresh baked cookies, still warm.

Below is a short clip of that late afternoon. Totally spur of the moment and unscripted. That’s what the Great Trinity Forest is like down there. Poking at stuff, checking things out, getting a little muddy. One thing you’ll notice is that Mr Pemberton over the course of his walk picks up trash as he goes. Towards the end he has two handfuls. That trash floats in with flood water from White Rock Creek. Keeping the historic spring and surrounding area keeps him busy. 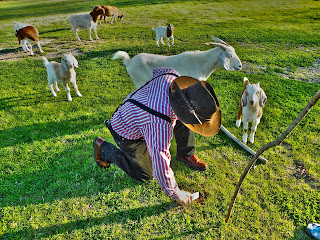 People have lived on this part of the creek for centuries. To the left(inset) Mr Pemberton is scraping away some dirt to reveal the brick porch of his grandfather’s home, Case Pemberton. You can read more on the really interesting background of the Pemberton Farm, Sam Houston’s Treaty Party and the great natural spring in an earlier post Where The Red Fern Looking Stuff Grows 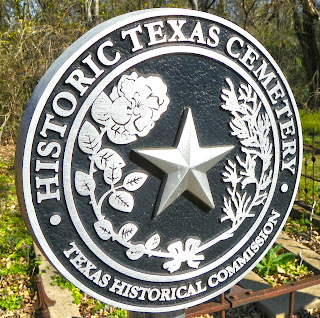 The Beeman Cemetery sits fairly hidden just above the White Rock Creek floodplain on the west bank. This cemetery was on John Beeman’s 640 acre headright granted to him by the Republic of Texas. Their first home was a two story fortified blockhouse just a couple hundred yards east of the cemetery. They moved to that spot on April 8, 1842, 170 years ago. That same week, John Beeman planted the first corn crop in Dallas County.

The blockhouse was built for defense more than beauty. Indian raids were quite common during this time and when John Beeman was gone on errands or business, it left Emily Beeman alone to fend for herself. One really awesome part of the family plot there is the large memorial to Emily Beeman (below) holding a musket in on hand and a baby in the other.

When the Beeman’s arrived in the spring of 1842 they settled first on White Rock Creek at about present Forney / Military Parkway which a few years later would be the route of the Central National Highway from Dallas to Jonesborough on the Red River, northeast of Paris.
An old Indian and buffalo trail (later the general route of Scyene Road) also crossed White Rock Creek near there. 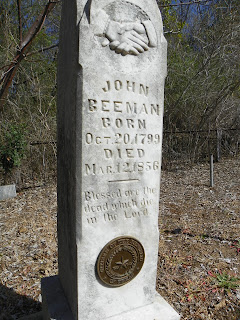 The patriarch, John Beeman, was a farmer, merchant, trader, and ferry and mill operator in Illinois before coming to Texas. He also owned a coal and lumber yard. The following spring the heads of family would locate additional lands east of White Rock Creek. John Beeman held Toby Script and a third class certificate entitling him to claim 1280 acres. His nephew John S Beeman and step-brother James Jackson Beeman both held 3rd class certificates of 640 acres each.

John Beeman located three 320 acre tracks just east of White Rock Creek and south of present Scyene Road. He named them Big Spring (on which White Rock Springs was located) Prairie (on high ground out of the bottoms) and Cedar Brake (heavily wooded slopes and bottom land).
He no doubt had in mind several sources of income. A grist mill was built on White Rock Creek, cattle grazed on Prairie, crops were raised on Big Spring, and timber harvested from Cedar Brake. 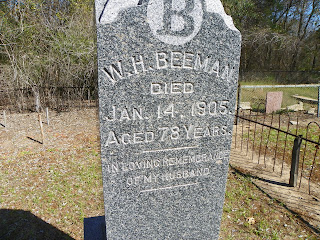 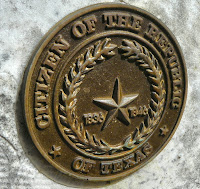 John S and James Jackson Beeman also located their claims along the trail which became Scyene Road (tradition says it was named by James Jackson Beeman) and in 1846 another brother, Samuel Beeman and brother-in-law, William Hunnicutt located their claims nearby. All were primarily farmers, though James Jackson Beeman would move to the future Parker County in 1855 where he operated a Trading Post on the Fort Worth – Fort Belknap Road. About half of John S Beeman’s land is now the Grover Keeton Golf Course. The north western portion of James Jackson Beeman’s land was acquired by the City of Dallas for park land several years ago. The Indian Marker Tree is on part of his land that had been previously sold and developed. Devon Anderson Park is on John Beeman’s Prairie Tract. The flood-prone Roosevelt Park housing area is on John Beeman’s Cedar Brake Tract.

Margaret (Beeman) Bryan inherited half of the Big Spring Tract and that is where she and John lived from 1866 to 1877. She then sold the land to Edward Case Pemberton and his descendants still own part of it. Billy Pemberton owns the portion that includes White Rock Springs (which still flow) and the City of Dallas has acquired much land all around it.–MC Toyer 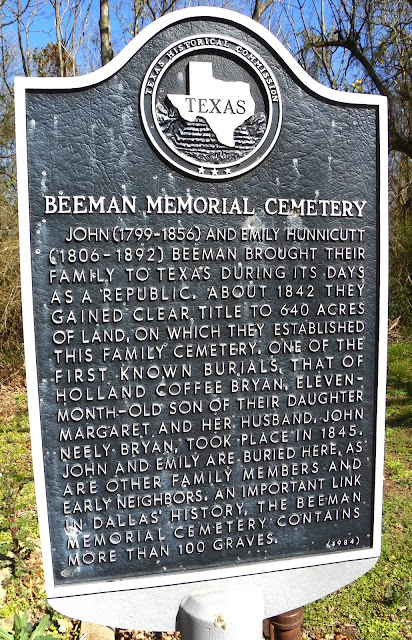 Just beyond his grave, maybe 100 yards away on the other side of the trees in the photo is the first field in Dallas ever to see a plow. 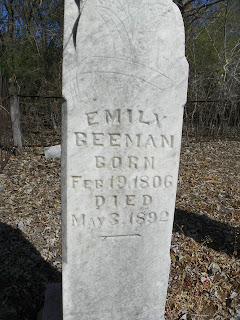 Emily Hunnicut Beeman, his wife, was the second white woman ever to see Dallas. She must have been a force to be reckoned with in those early days when the realities of Comanche attack were very real. Her husband was attacked by an Comanche raiding party near present day West Village shopping center in Uptown. They chased him as far as present day Fair Park before giving up. He escaped with his life, losing many of the important documents he was carrying along with a hat. He went back the next day to gather his papers which the Indians had no use for.

Many other graves of the Lagow and Hunnicut families exist too. Over 100 in all. A full list can be found on Jim Wheat’s Dallas County Archives . Many of the Beemans were noted Indian fighters and built Bird’s Fort in present day Arlington before heading east to settle in what is now Dallas. Much of what they did back then would be considered impossible by contemporary standards.

Hopefully this bit of the past can be preserved along with the land that these people settled so long ago. There are a number of issues slowly creeping into the picture with neighbors near the spring complex moving dirt around or making plans for a pig farm/slaughter operation. I think that could have some grave implications for the water quality of Bryan’s Slough, Sam Houston’s Spring and the woods to the west. This all involves a complicated chess game with leases and the Texas Horse Park site. I was told the lease expires in September, six months from now. 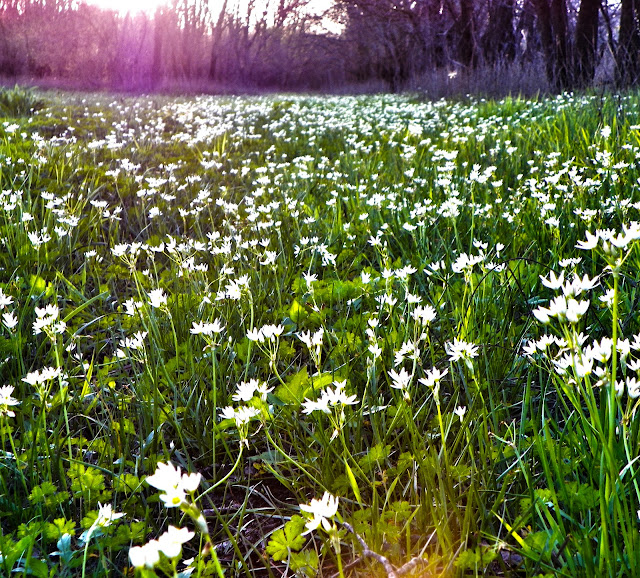