This was the May 20, 2012 eclipse visible across much of the Western United States and Pacific Rim. In Dallas, seeing the eclipse became an issue when a severe thunderstorm formed over Jack County to the west. The top of the storm blew high level clouds eastwards obscuring the eclipse through much of its duration. It was not until a few minutes before sunset that the eclipse poked out from the low horizon allowing for a really spectacular sunset.

Everything started out just fine till the clouds took over…..

More clouds, patient waiting, then just before sunset, the sun popped out for about 90 seconds. 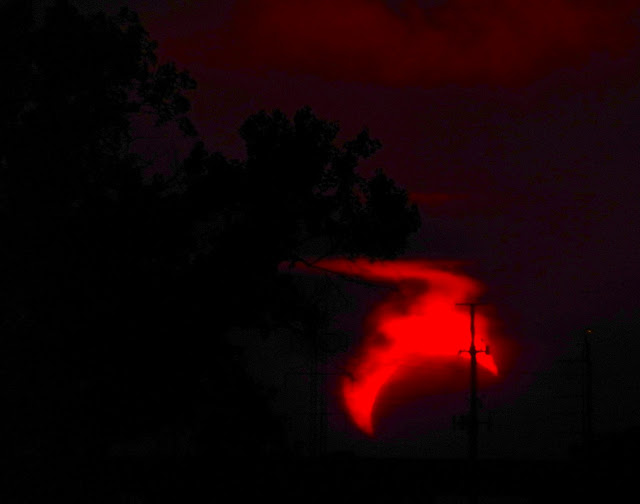 Storm Over The Trinity River Wetlands